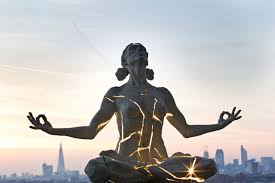 Every so often a lapse of time goes by and I haven’t posted. During these times, there are events happening that swoop me up in a tornado of energy. They are usually painful, and sometimes explosive; but, when I land after the storm, I recognize it’s beauty and try to reap the lessons. I acknowledge this as a growth spurt, growing pains and all,

During these storms, it takes all of my focus and strength to find my way back to self again. It is only after the dust settles, that I can sit and share here on this blog, with with you, out loud as an update.

This last growth spurt felt like an explosion into expansion. It was a period of time that I can only now reflect and see clearer. While I was going through it, I tried my best to stay grounded and know it was all for a reason, even if I couldn’t see that reason yet.

In one month’s time a series of events occurred, propelling me into this new growth, beginning when a friend of mine was diagnosed with leukemia and not given much time to live. Her daughter is also a friend of mine. I found it triggering, knowing what it is like to have a mother terminally ill. Despite my triggers, I offered to be of assistance any way I could. When she took me up on it, I pushed through my panic and was there for her. I am grateful to have had the courage to visit my friend in the hospital, because it was the last time I saw her. I went to the service alone and paid my respects. A few weeks later, a mutual friend brought over  some essential oils and scarves that belonged to my friend, and we bonded, feeling she was with us. I could see that my friend’s passing brought other us together. I was sad; but glad she didn’t suffer long. I miss her positivism and her light.

While this was going on, my daughter and I were fighting. She had made a decision that I strongly disagreed with and I feared for her safety. I could barely speak to her. We don’t argue much, so when we do, it is extremely painful. I asked to put things on hold while I got through my friend’s service. After the service we sat and talked some. I believed her decision was an extreme effort to gain some independence from me. She put the decision she made aside and we talked about being codependent and agreed to take it to her therapist. There we worked through some stuff and are now more aware of and working on our patterns. My mother and I were pretty codependent, it feels good to be breaking the cycle.

After we celebrated a quiet Orthodox Easter, we prepared for my 50th birthday! 50!!! What a milestone! Months before I had struggled with anxiety over it; but, now I had reached acceptance and I felt incredibly grateful to be here for 50 years. A younger self would never have believed it. My sister had rented cottages and my family came to celebrate. I hung pictures of my entire life on the walls. Reflecting on the years was emotional to say the least. My theme was Happy Hippie@50. We all bathed in love, joy and laughter for many hours. Unfortunately, it ended abruptly when a few family members started fighting. It was obvious there were buried emotions never expressed, and alcohol forced them to be purged. When it got physical I tried to get in the middle of it to stop it and I ended up in the hospital on my birthday with bruised ribs. The horror of everyone’s faces yelling, bleeding and separating, echoed in my mind. It was traumatizing. It wasn’t until later that I realized the need for those emotions to come up for healing. I wished it had been in a different way and pray that our family continues to grow, heal and talk to each other in a healthy manner.

The very next week my daughter and I were in NYC for Teal Swan’s The Mirror Event. A three day workshop intended to see our reflection in others. I was in physical pain and terrified to see my emotional pain; but, I knew it was necessary to continue to heal. There are hardly words to describe what took place over the next few days; but, intense healing is a good start. The intention of the workshop is to heal fragmented parts of us. As Teal explains, starting in childhood, when a trauma happens, or we are shamed, we then fragment and develop another part of us and leave that part there. She talks about The Completion Process, healing and integrating all of our parts. Having been diagnosed with Dissociative Identity Disorder, this healing modality appealed to me immensely. I am still processing all that happened and will probably have to write a separate post.

On April 22, Pluto went retrograde and will be until Sept 30th. I learned in a recent Astrology class  that Pluto is the planet of expansion. When it is retrograde, it has a habit of creating an explosion if necessary for your growth and learning. It is a good time to work with shadow selves and to be prepared for rude awakenings.

It has been a week since the workshop. I have been weeping, dizzy, nauseous, and exhausted. It feels like there are swirls of energy whirling around me waiting to settle in to my being. I have been earthing and resting and slowly integrating it all.

Sometimes it feels the Universe is against you when things blow up in your face, when you are in so much pain and don’t understand; but if we look at it all from a higher perspective, we can realize that the Universe is only answering our call, our call for expansion.

Happy Fall Equinox!🍁
Sixteen years ago, this month, my mind and body completely shut down and I found myself hospitalized. It was explained to me that I had a mental breakdown, and so begun a long journey of recovery.
Had such a blast on our mother/daughter camping trip! It was so nice to unplug and reconnect with ourselves, each other, and nature
Turns out my ankle is broken, not sprained, so my recovery time is lengthened which triggers frustration and depression.
Just when I'd given up on my morning glory ever blooming, this weekend right before the storm I was delighted to be greeted by this gorgeous purple flower reminding me to never lose hope.
Feeling grateful for my herbal knowledge and plant allies. With my recent sprained ankle, I turned to the plants for healing. I used Bach's Rescue Remedy the first few days to calm my system and am taking Solomon's seal & Wild lettuce extracts for pain management and to support healing. Then I mixed infused oils of Solomon's seal, Wintergreen, Canna-leaf, and Comfrey with some Witch Hazel extract and Lavender essential oil, and applied all over my swelling and bruising, then wrapped my whole foot in Comfrey leaves. I did this for 3 days and have had great improvements. I am still using the oil mixture but the Comfrey leaves began to irritate my skin. It has a slight sting similar to Nettles.