Stoner on a rollercoaster

I need help from all of you. Not for me only but for everyone who is dealing with a mental health problem.

Friends, in our part of world mental health problems are still something we feel too ashamed to talk about.

Either they are misunderstood as some sort of witchcraft or the person is conviniently labeled a psycho and abandoned, mostly emotionaly.

A loved one of mine is living with serious disorders.

I have no strenght and adequate knowlege (as i haven’t seen it myself yet) to write about it, i will hold back my own stream of words for a while until i know what i am talking about.

But i want to raise awareness on the subject as this is consuming our lives and pretty much this era.

The term “mental breakdown” (or nervous breakdown) isn’t an official medical term; but it is often used to describe an acute emotional or psychological collapse. When an  individual has reached a point where they are severely and persistently distraught and are unable to function at a normal level. In extreme cases one can suffer from hallucinations or “catatonic posturing” where the individual is unable to move.

Generally speaking , a nervous breakdown can follow a long period of stress that hasn’t been dealt with appropriately.

What “mental breakdown” meant for me was a complete halt to everything I ever thought I had under control. I had been diagnosed years before with depression and anxiety disorders; but had learned to live with them under the care of my doctor.

I can’t recall a singular incident that I can mark as the moment of my breakdown. Three days after my mother passed, I started a new job. Shock kept me functioning for awhile. I grew increasingly dependent on alcohol because I was too afraid to feel. Then one day, I cried and couldn’t stop. I couldn’t think. I paced frantically for hours. I didn’t sleep for 2-3 days at a time. I just simply could not function, and three months after my mother died I had my mental breakdown.

According to my doctor, it was my mother’s death that triggered a “clinical depression” resulting in a “mental breakdown”. Severe loss and grief compiled with a troubled relationship , pressures of inheriting guardianship of my teenage niece, attending college, working a new job and raising my daughter while financially drowning, finally resulted in hospitalization.

The memory is a big blur. I lay there with tubes in my arms and oxygen in my nose. My asthma had severely exacerbated. My body was so worn and weak. I couldn’t breathe. I had an infection that went through my lungs, sinuses and even my eyes. My mind was blank. I looked around and recognized that I was in the same room my mother had been in. That reality hit me hard. This was rock bottom and I was going to die if I didn’t get help.

After a week and a half in the hospital, my doctor strongly suggested disability. I had to quit my job, end my relationship and move to an apartment that I could afford being on disability. It hurt my pride to be deemed disabled but I was grateful for the opportunity to receive the assistance I needed, both financially and medically, while I learned how to heal.

The truth is, we all need help sometimes. If you ever think you may be breaking down, please get help. It does not go away if you ignore it and it only gets worse. 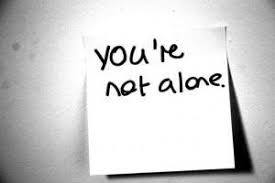 Symptoms of a breakdown can be mental, emotional &/or physical. You can experience one or more of the following: persistent & uncontrollable crying, disorientation, confusion, feelings of worthlessness, loss of self esteem, agitation, restlessness, mood swings,violent anger, paranoid thoughts and hearing voices, diarrhea, constipation, disrupted menstrual cycle, difficulty breathing, &/or loss of vision or memory.

"Part of you died each year when the leaves fell from the trees, and their branches were bare against the wind and the cold, wintery light. But you knew there would always be the spring, as you knew the river would flow again after it was frozen."
#happynewyear2023
May your inner child delight tonight & you never lose your sense of wonder!🎅⭐💖
Happy Solstice & Blessed Yule!
#holidayburnout #christmas2022 #makenewtraditions #selfcare #mentalhealth
It is Remembrance day.